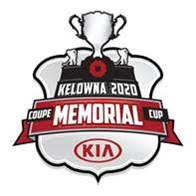 Toronto, Ont. – The Ontario Hockey League today announced that two clubs will have the opportunity to make formal bid presentations to host the 2021 Memorial Cup presented by Kia.

The Oshawa Generals and Soo Greyhounds each submitted their Memorial Cup presented by Kia Standard Application Forms prior to the February 10 deadline, and have advanced to the next stage of the bid process for the right to host the 103rd edition of the Canadian Hockey League’s prestigious National Championship.

The Generals are in the running to host the event for the first time since 1987, a year that saw the WHL’s Medicine Hat Tigers win their second of back-to-back titles with a 6-2 win over the host Generals at the Oshawa Civic Auditorium. The Generals have won a total of five Memorial Cup championships in addition to an OHL record 13 Robertson Cup titles in franchise history. They last raised the Memorial Cup in 2015 following a 2-1 overtime win over the WHL’s Kelowna Rockets in Quebec City.

The Greyhounds are vying to host for the first time since 1993, a year that saw them cap back-to-back OHL Championships in 1991 and 1992 with a Memorial Cup crown on home ice following a 4-2 win over the Peterborough Petes at the Sault Memorial Gardens. The Greyhounds also served as joint hosts with the Sudbury Wolves for the 1978 Memorial Cup that was won by the WHL’s New Westminster Bruins.

Both clubs will present before a 2021 Memorial Cup Site Selection Committee in mid-April.

Mid-April 2020: Formal bid presentations to be made to the 2021 Memorial Cup Site Selection Committee.

Early May 2020: Announcement of the host site for the 2021 Memorial Cup presented by Kia.