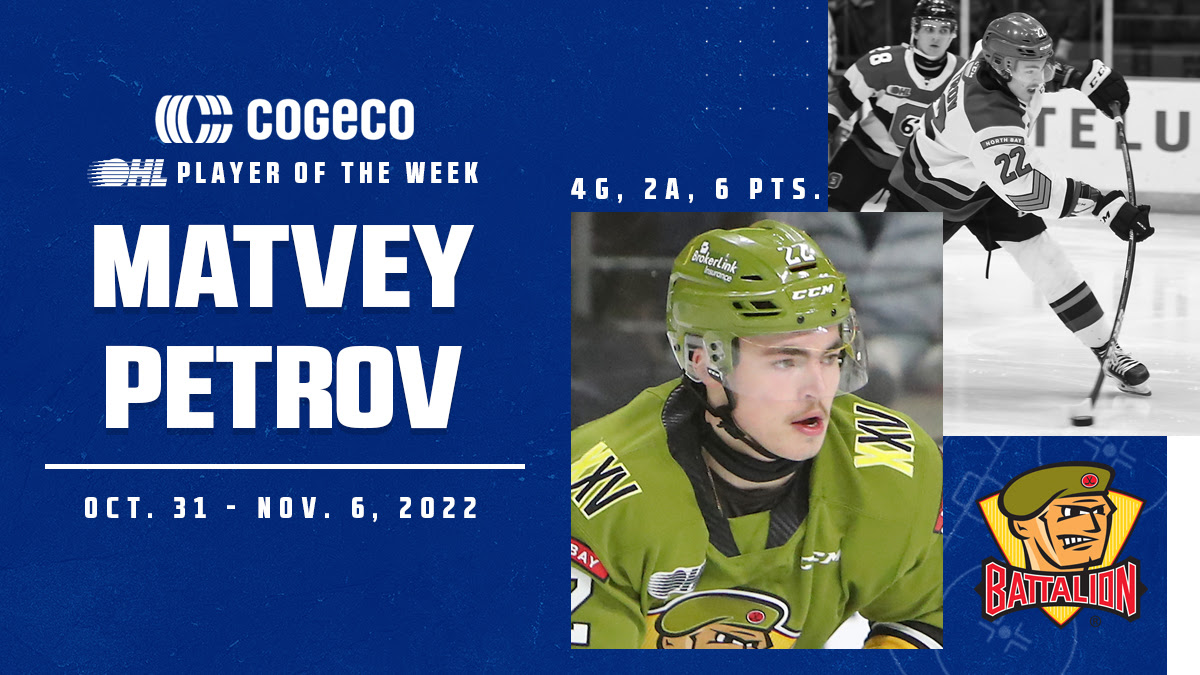 Edmonton Oilers prospect Matvey Petrov of the North Bay Battalion is the Cogeco OHL Player of the Week, recording four goals, two assists and six points in three games along with a plus/minus rating of plus-6.

Petrov helped the Battalion take three wins last week, extending their current winning streak to five games. He recorded a goal and two assists as the Battalion defeated the Niagara IceDogs in a high-scoring 9-3 victory on Thursday. Petrov’s scoring ways continued on Friday as he netted a pair of markers in a 5-1 road win over the Hamilton Bulldogs. He found the back of the net, extending his current point streak to 11 games on Saturday as the Battalion took a 5-3 win in Erie.

A 19-year-old forward, Petrov was selected in the sixth round (180th overall) by the Edmonton Oilers in the 2021 NHL Draft who signed him to an entry-level NHL contract on April 11, 2022. He leads the Troops with 20 points (8-12–20) in 14 games this season. The former first overall pick by the Battalion in the 2020 CHL Import Draft recorded 40 goals, 50 assists and 90 points last season before leading North Bay to the Eastern Conference Championship Series.

Also given consideration for the award this week were a pair of Sarnia Sting teammates in Toronto Maple Leafs prospect Ty Voit who recorded seven assists (0-7-7), and Nolan Burke who registered six goals (6-0-6) over three games played. 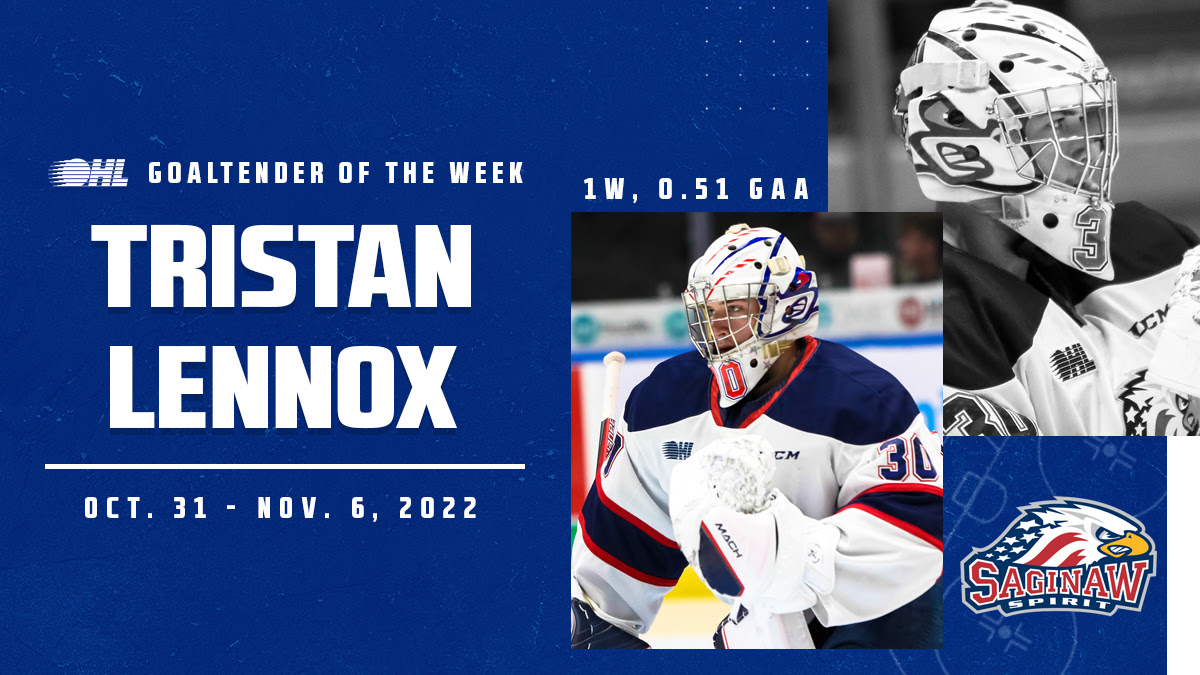 New York Islanders prospect Tristan Lennox of the Saginaw Spirit is the OHL Goaltender of the Week with a shutout victory, a goals-against average of 0.51 and a save percentage of .979.

Defending the crease in back-to-back games, Lennox turned aside 20 of the 21 shots he faced on Friday, surrendering a late goal to Kitchener’s Roman Schmidt as the Spirit fell 1-0 on the road. Lennox was back between the pipes on Sunday night, backstopping Saginaw to a 5-0 road win over the Oshawa Generals where he made 26 saves to earn his second career OHL shutout.

A pair of other candidates were given consideration for the award as Ottawa 67’s netminder Max Donoso went 2-0 on the weekend, recording a 1.50 goals-against average and .927 save percentage in wins over Barrie and Peterborough. Soo Greyhounds goaltender Samuel Ivanov went 1-0-0-1, posting a 1.44 goals-against average and .945 save percentage to help his team collect three of a possible four points.