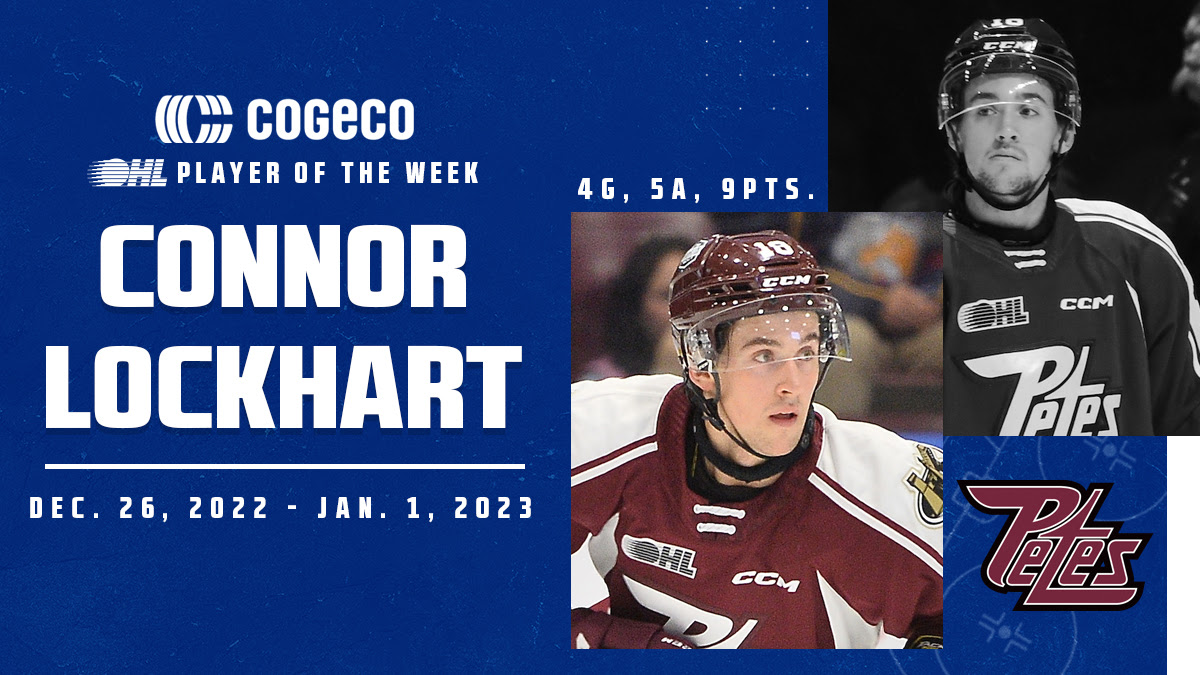 Vancouver Canucks prospect Connor Lockhart of the Peterborough Petes is the Cogeco OHL Player of the Week, posting four goals, five assists and nine points in three games along with a plus/minus rating of plus-7.

Lockhart helped the Petes take three wins last week, extending their current winning streak to five games. He recorded a goal and an assist as the Petes defeated the Mississauga Steelheads 5-1 on Thursday. Lockhart’s success continued on Friday as he contributed four helpers in a 6-2 road win over the Kitchener Rangers. The Petes forward finished the weekend with a natural hat-trick in the second period on Sunday as Peterborough opened the new year with a 6-1 win over the rival Oshawa Generals.

A 19-year-old from Kanata, Ont., Lockhart has recorded 13 goals, 29 assists and 42 points in 32 games this season. He’s produced 117 points (45-72–117) over 153 career OHL regular season games between Peterborough and Erie since being selected by the Otters with the third overall pick of the 2019 OHL Priority Selection. Lockhart was selected in the sixth round (178th overall) by the Vancouver Canucks in the 2021 NHL Draft. 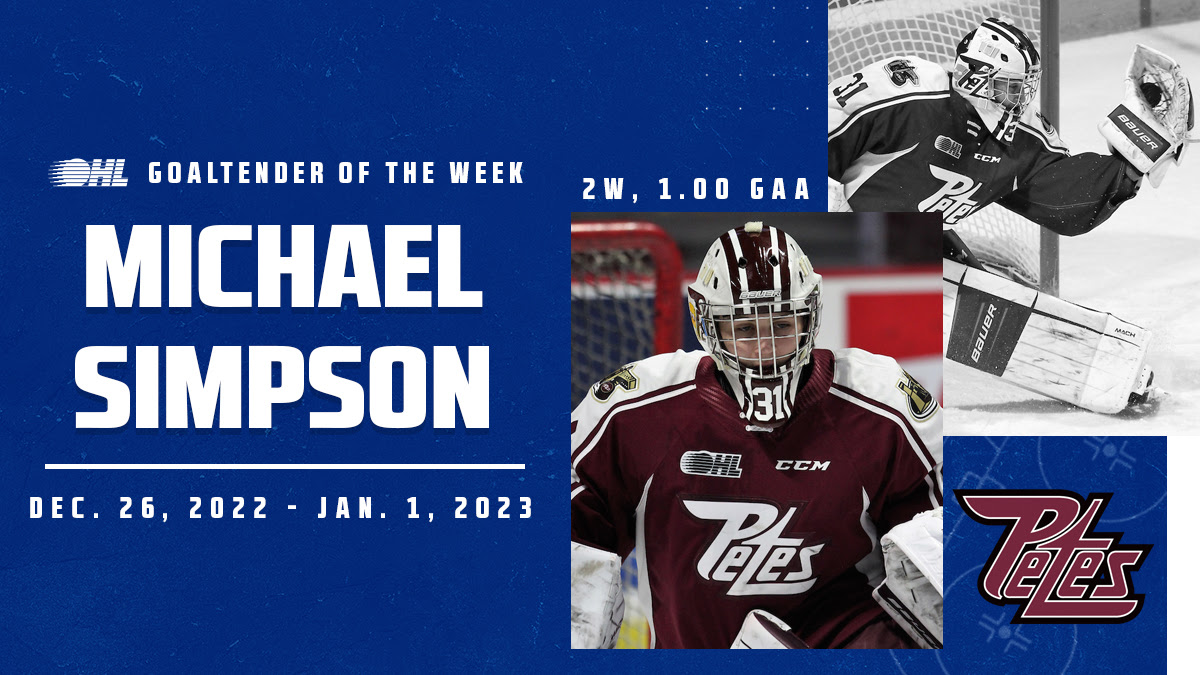 Michael Simpson of the Peterborough Petes is the OHL Goaltender of the Week for the second time this season, posting a 2-0 record with a 1.00 goals-against average and .973 save percentage.

Helping Peterborough close out the 2022 calendar year with a pair of victories, Simpson turned aside 40 of the 41 shots he faced in a first star performance as the Petes defeated the Mississauga Steelheads 5-1 on Thursday. The six-foot-one, 198 lb. goaltender was back between the pipes on Sunday, backstopping the Petes to a 6-1 road victory over the Oshawa Generals where he made 33 saves for the win.