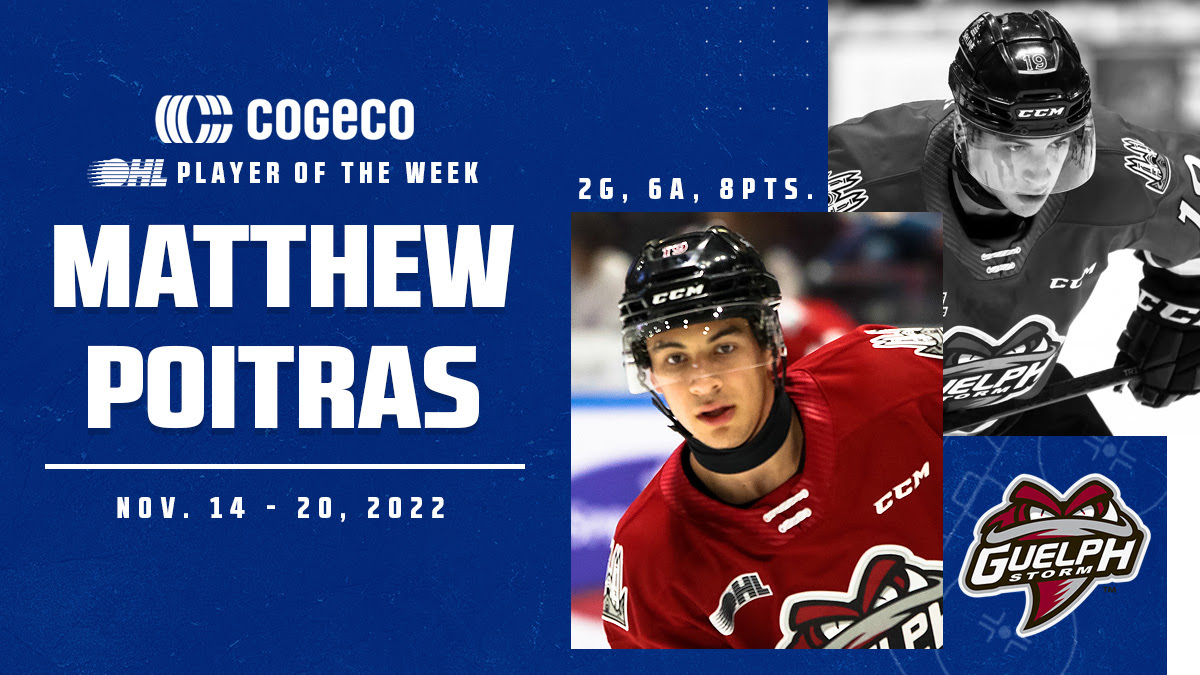 Boston Bruins prospect Matthew Poitras of the Guelph Storm is the Cogeco OHL Player of the Week after recording two goals, six assists and eight points in a pair of Storm victories.

Poitras helped the Storm come from behind to defeat the Niagara IceDogs 6-4 on Thursday night, recording four primary assists, with three of them coming in the third period. After earning third star recognition on Friday, Poitras was named the game’s first star on Saturday, scoring twice while adding two assists as Guelph defeated the visiting Kitchener Rangers 5-3. Poitras opened the scoring in Saturday’s win and scored the eventual game winning goal early in the second period.

An 18-year-old from Brooklin, Ont., Poitras leads the Storm with 23 points (6-17–23) in 16 games this season while also owning a club-high plus-4 rating. He’s won 54.3 percent of his faceoffs on the campaign and is in the midst of a six-game point streak that dates back to Oct. 30th. The 5-foot-11, 170Ib. centreman was selected by the Boston Bruins in the second round (54th overall) of the 2022 NHL Draft. Poitras was Guelph’s first round (12th overall) pick in the 2020 OHL Priority Selection from the Whitby Wildcats U16 program. 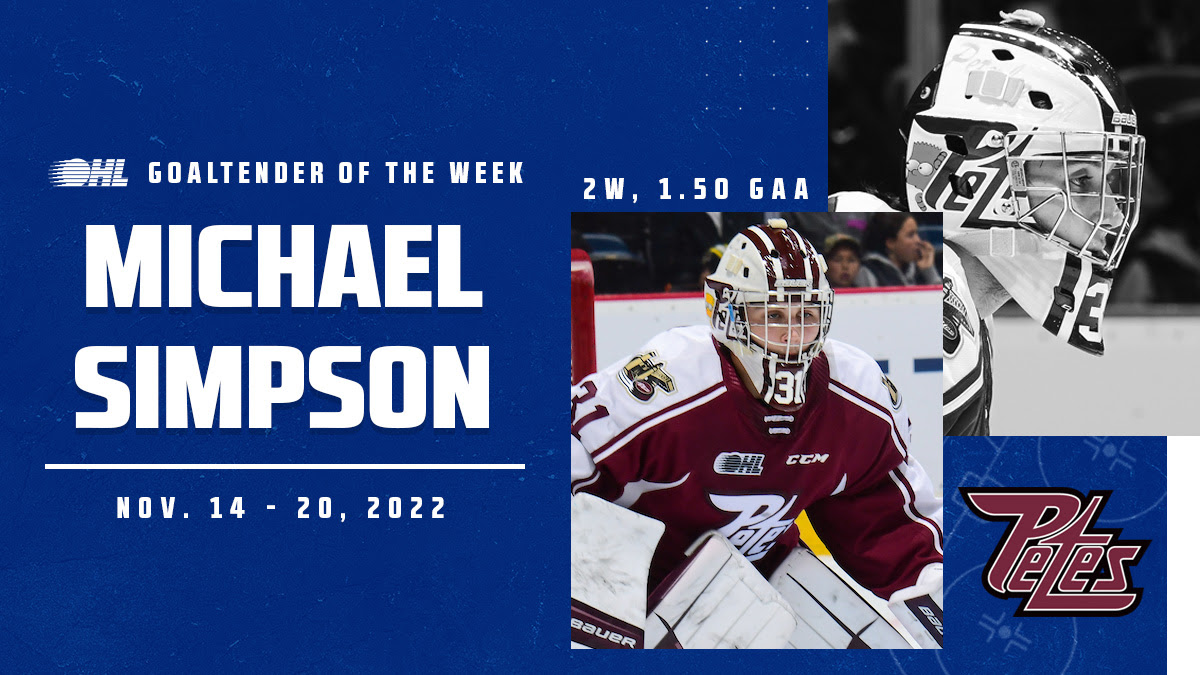 Michael Simpson of the Peterborough Petes is the OHL Goaltender of the Week, posting a 2-0 record with a 1.50 goals-against average, .950 save percentage and one shutout.

October’s OHL Goaltender of the Month, Simpson went a perfect 26-for-26 on Thursday night against the Oshawa Generals as the Petes defeated their long-time rival by a score of 4-0. Simpson returned to the crease on Saturday in Mississauga, making 31 saves for second star honours as Peterborough defeated the host Steelheads 7-3.