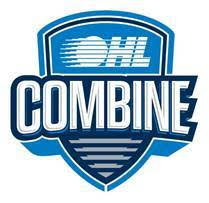 Toronto, ON – The Ontario Hockey League today announced the rosters and schedule for the 2017 OHL Development Combine which takes place April 1-2 at the Tribute Communities Centre In Oshawa, ON.

The Combine offers 77 players (36 forwards, 25 defencemen, and 16 goaltenders) born in 2001 the opportunity to showcase themselves both on and off the ice to OHL member team personnel.  Sport Testing results will be distributed to every OHL member team General Manager to assist in their evaluation for the OHL Priority Selection to be held on Saturday, April 8, 2017.

“This year’s OHL Combine will feature an improved and advanced use of technology,” said Joe Birch, OHL Senior Director of Player Development and Special Events. “By collecting more data that measures elements such as power, velocity, agility, and strength, we can better assist the players in their own personal development while providing more resources for evaluation by OHL member teams.”

This year’s off and on-ice testing will be conducted by Elite Training Systems in partnership with The Park Sports Facility Inc.  In addition to Saturday’s testing, players will partake in a seminar that focuses on proper Nutrition and Training for elite athletes led by Oshawa Generals Strength Coach, Kevin Chapman.  Generals Player Development Skills Coach, Anthony Cornacchia, will lead the teams during the Skills Practice portion of their on-ice time, while OHL Goaltending Consultant, Rick Wamsley, and members of the league’s Goaltending Advisory Board will lead goalie specific on-ice and classroom sessions aimed at development.  Participants will open the weekend by experiencing the OHL Playoffs when the Generals host the Sudbury Wolves on Friday night.

“Elite Training Systems is excited to work with The Park Sports Facility to bring the OHL a more advanced version of the combine,” said Mark Fitzgerald, Owner and Head of Performance at ETS. “Since day one ETS has been involved in the development of this program and continues to find ways to deliver quality information to the athletes and coaches. Introducing some new technology this year will help present a clearer picture of athletic performance and the athlete’s ability to perform on the ice.”

Players will also compete in a series of 5-on-5 and 3-on-3 games on Sunday joined behind the bench by special guest coaches that include OHL graduates Paul Beraldo, Luca Caputi, Matt Corrente, and Paul Ranger, along with member team personnel.  All games are available online at http://hockeytv.com.

Teams will be competing for the OHL Combine Cup Championship that awards points based on individual and team performances in both off and on-ice testing, as well as Sunday’s game results.

The 2017 event marks the tenth straight year the OHL has hosted a skills development day for players and goaltenders in advance of the OHL Priority Selection.  Last season’s OHL Development Combine featured seven players chosen in the first round of the Priority Selection including Connor Roberts (3rd to HAM), Ty Dellandrea (5th to FLNT), Barrett Hayton (9th to SSM), Adam McMaster (13th to NB), Tyler Tucker (14th to BAR), Nathan Dunkley (17th to KGN), Liam Foudy (18th to LDN).  McMaster, Tucker, and Foudy were all members of the Combine Cup Champion Team Black.

For more information about OHL Combine testing, please read the Sportsnet.ca article How the OHL is poised to change the way combines are run by David Singh.