Toronto, ON – The Ontario Hockey League today announced the thirteenth edition of the weekly minor midget rankings for the 2018 OHL Cup Showcase Tournament powered by Under Armour and hosted by the Greater Toronto Hockey League. 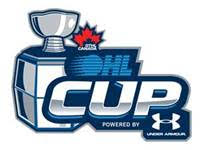 The 13th edition of the weekly rankings sees the OMHA’s York-Simcoe Express and Barrie Colts both on the rise after winning their respective first round playoff series. The Express eliminated the Richmond Hill Coyotes in three straight games while the Colts prevailed in a sweep of the North Central Predators. The Toronto Marlboros remain the top-ranked team in the province this week. Tournament Structure: