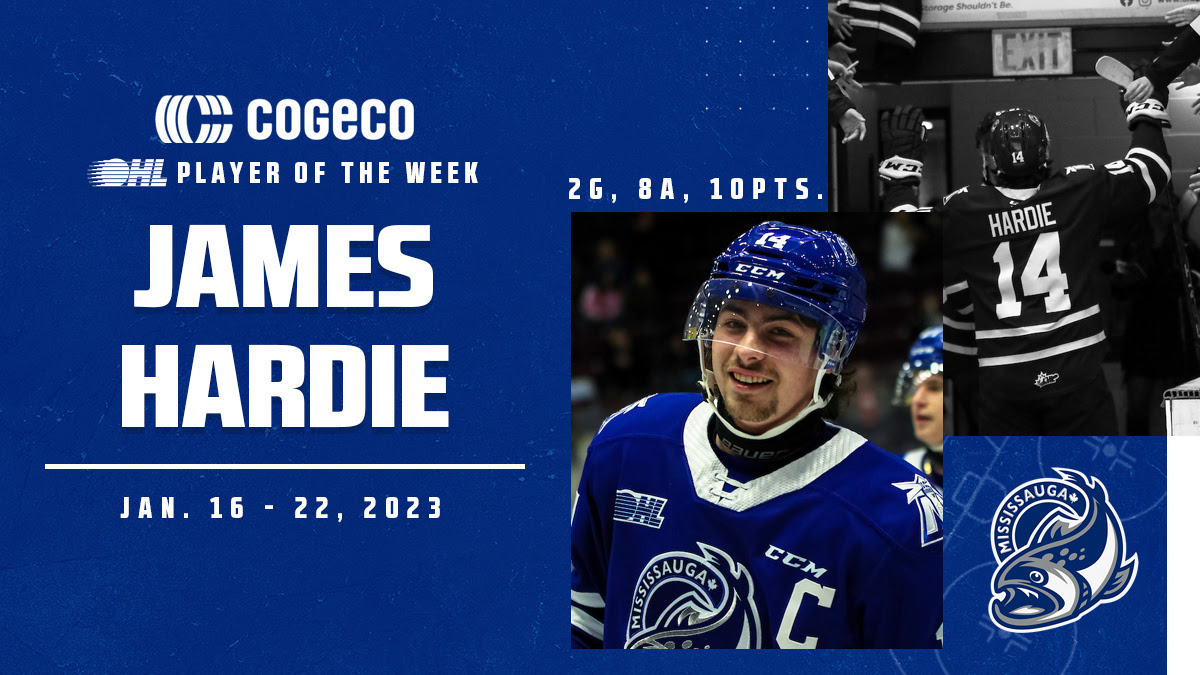 James Hardie of the Mississauga Steelheads is the Cogeco OHL Player of the Week, recording two goals, eight assists and 10 points in four games along with a plus/minus rating of plus-4.

Helping guide the Steelheads to a 3-1 showing last week, Hardie got things started with Mississauga’s lone goal in a 2-1 road loss to the Erie Otters on Monday. The Steelheads bounced back on Thursday with a 6-2 win over the Niagara IceDogs as Hardie put together the first of two consecutive four-assist outings. He registered another four assists on Friday, helping linemate Zander Veccia score his first OHL hat trick as the Steelheads defeated the Central Division-leading North Bay Battalion 5-4. Hardie contributed another goal on Sunday as the Steelheads closed out the weekend with a 5-4 win over the IceDogs on home ice. Currently riding a 10-game point streak, seven of Hardie’s eight assists last week were primary helpers.

A 21-year-old native of Innisfil, Ont., Hardie currently sits eighth in OHL points with 57 (28-29–57) through 41 games this season. His 181 shots on goal are the fourth-highest total in the League. Mississauga’s fist round (8th overall) pick in the 2018 OHL Priority Selection is the club’s all-time leading goal-scorer (118) and point producer (219) in his 230 career regular season contests. Hardie attended rookie camp with the Boston Bruins last September. 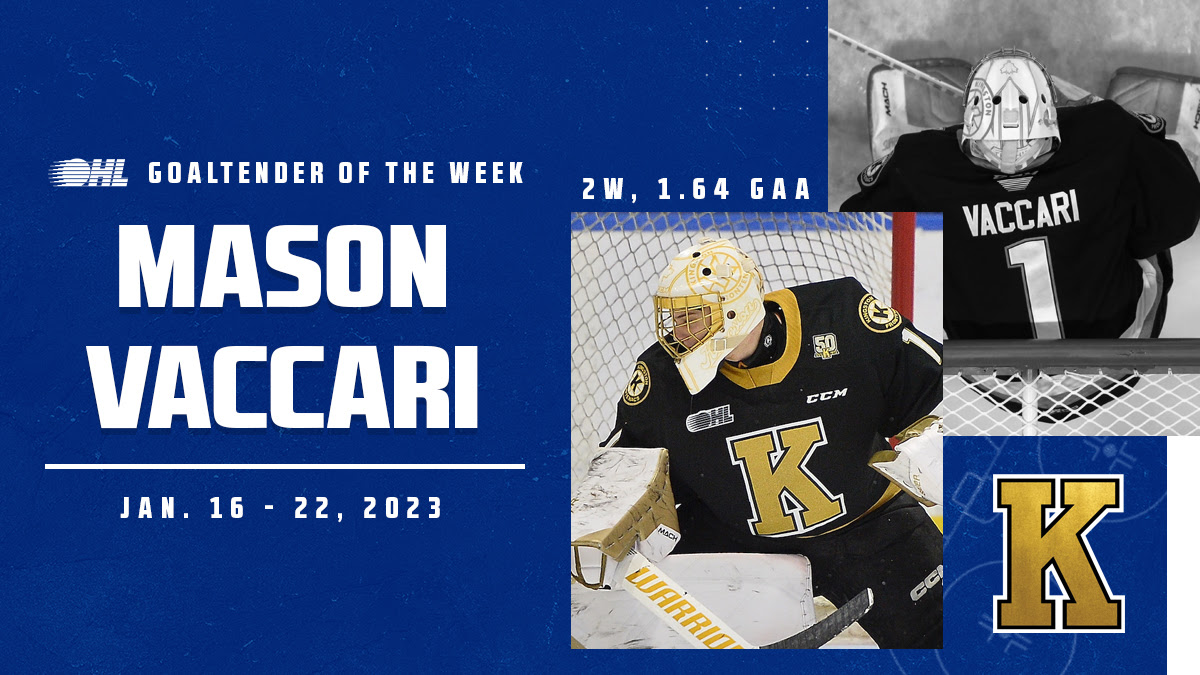 Mason Vaccari of the Kingston Frontenacs is the OHL Goaltender of the Week, going 2-0 with a 1.64 goals-against average and .951 save percentage.

Vaccari backstopped the Frontenacs to back-to-back road wins, starting with a 45-save effort on Monday in Peterborough to earn third star recognition as the Frontenacs defeated the Petes 2-1. The rookie netminder was excellent again on Saturday, making 25 saves in a 6-2 victory over the Niagara IceDogs. Vaccari saw relief duty on Sunday afternoon in Guelph, stopping eight of nine shots as the Frontenacs fell 6-2 to the Storm.

Kitchener Rangers netminder Marco Costantini was also given consideration for the award, recording two wins, a 2.00 goals-against average and .944 save percentage in victories over Ottawa and London last week.