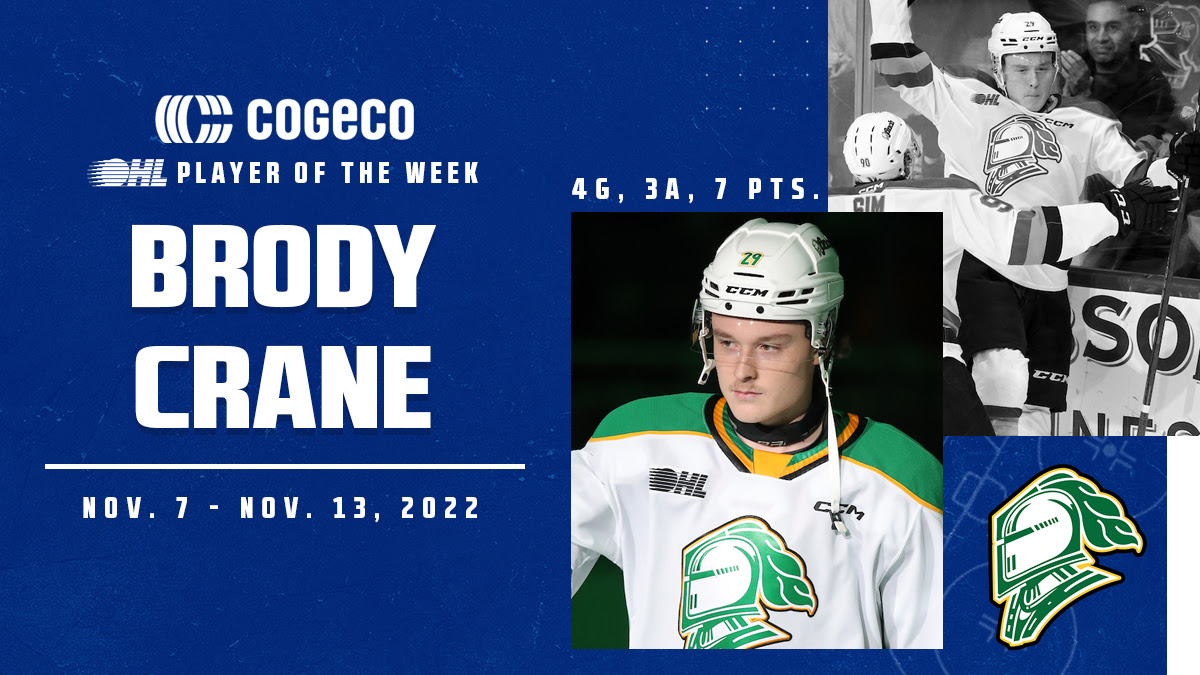 Brody Crane of the London Knights is the Cogeco OHL Player of the Week, recording four goals, three assists and seven points in three games along with a plus/minus rating of plus-3.

Helping the Knights to a perfect 3-0 showing, Crane opened up the weekend with a pair of goals on Friday as London defeated visiting Barrie in a thrilling 5-4 overtime win. He registered a career-high four points on Saturday, scoring twice while adding two assists as the Knights defeated the Windsor Spitfires 6-1. The 5-foot-11, 185lb. forward contributed another assist on Sunday as the Knights closed out the weekend with a 4-2 win over the Soo Greyhounds.

An 18-year-old native of Union, Ont., Crane has produced six goals, eight assists and 14 points in 16 games this season. The former fourth round (62nd overall) pick by the Knights in the 2020 OHL Priority Selection has registered 14 goals, 15 assists and 29 points in 72 career regular season games. The son of former Knights, Ottawa 67’s and Windsor Spitfires forward Derrick Crane (1990-93), Brody attended rookie camp with the New Jersey Devils this past fall.

Also given consideration for the award this week were recent award recipient Deni Goure of the Owen Sound Attack, who recorded three goals, five assists and eight points (3-5-8) in four games. Logan Morrison of the Hamilton Bulldogs was also a standout, recording one goal and six helpers (1-6-7) over three outings. 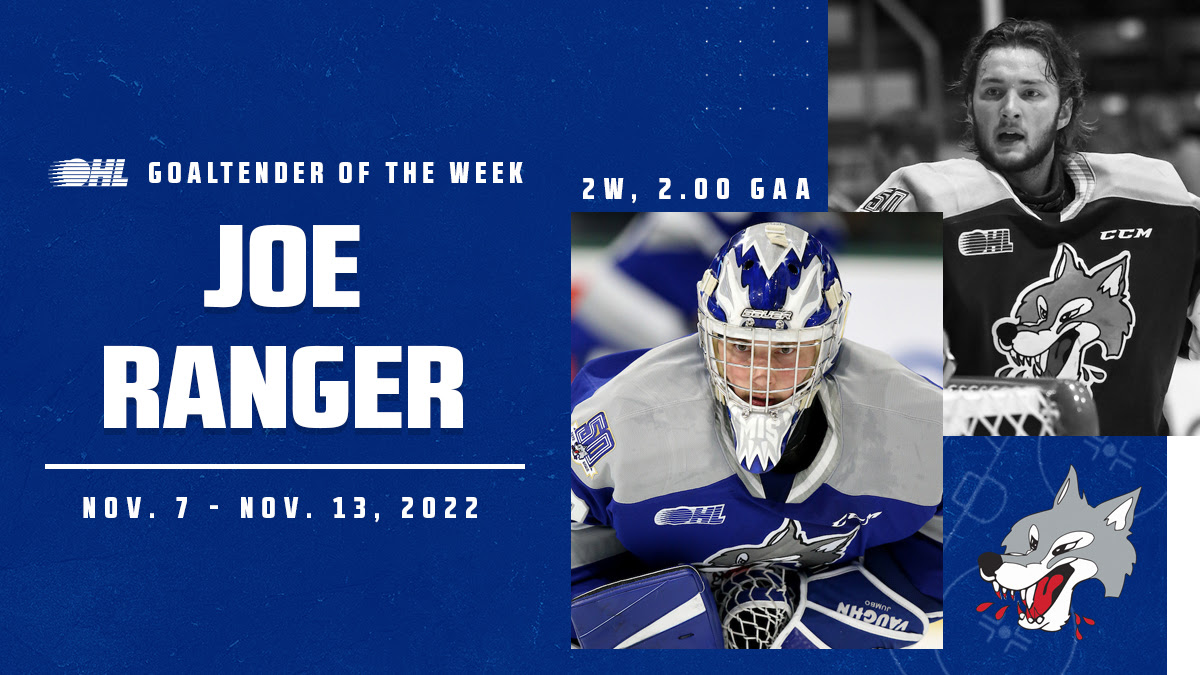 Joe Ranger of the Sudbury Wolves is the OHL Goaltender of the Week with two wins, a goals-against average of 2.00 and a save percentage of .931.

Defending the crease in back-to-back victories, Ranger turned aside 32 of the 35 shots that came his way as Sudbury opened up the weekend with a 6-3 victory over the Guelph Storm on Friday. The 6-foot, 191lb. netminder returned to the crease on Saturday, stopping 22 of the 23 shots he faced as the Wolves dominated the Kitchener Rangers in a 6-1 win at home.

A 20-year-old from Carp, Ont., Ranger owns a 6-6-2-0 record with a 3.37 goals-against average and .902 save percentage in 14 games this season. The former fourth round (63rd overall) pick by the Mississauga Steelheads in the 2018 OHL Priority Selection currently holds a 28-25-7-0 record in 69 regular season OHL appearances between Sudbury and Mississauga.

A pair of other candidates were given consideration for the award as North Bay Battalion netminder Dom DiVincentiis went 2-0 on the weekend, recording a 2.00 goals-against average and .930 save percentage in wins over Barrie and Guelph. Kitchener Rangers goaltender Marco Costantini went 2-1-0-0, posting a 2.36 goals-against average and .920 save percentage.