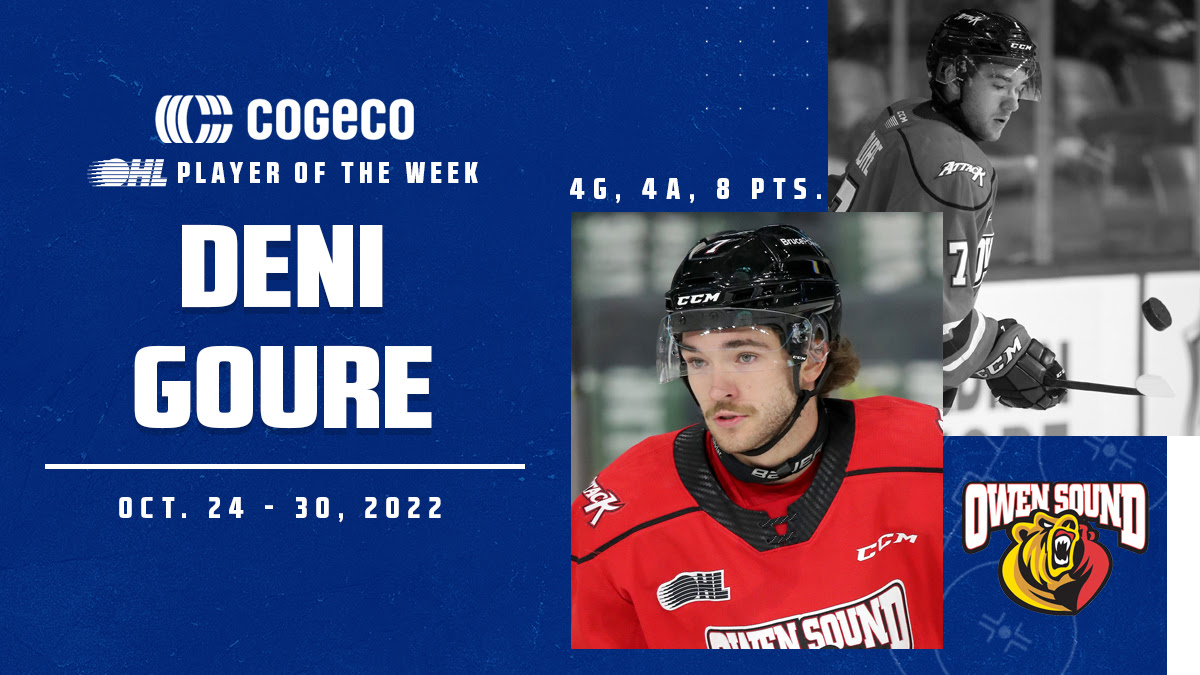 Deni Goure of the Owen Sound Attack is the Cogeco OHL Player of the Week, recording four goals, four assists and eight points in three games along with a plus/minus rating of plus-6.

Helping guide the Attack to a perfect 3-0 showing last week, Goure got things started with a goal and two assists on Thursday as Owen Sound overcame a 5-1 deficit on the road in Barrie to win 6-5 in a shootout. He registered a career-high four points on Saturday, scoring twice while adding two assists as the Attack defeated the visiting Guelph Storm 5-2. Goure contributed another goal on Sunday as the Attack closed out the weekend with a 4-1 win over the Kingston Frontenacs.

A 19-year-old native of Grand Pointe, Ont., Goure has produced nine goals, eight assists and 17 points in 13 games this season. The former first round (10th overall) pick by the Bears in the 2019 OHL Priority Selection has registered 44 goals, 61 assists and 105 points in 143 career regular season games as he continues his third season in Owen Sound. Goure attended rookie camp with the Carolina Hurricanes in September.

Also given consideration for the award this week were Erie Otters forward Colby Saganiuk who recorded three goals and four assists (3-4-7) over three games, along with a plus/minus rating of plus-6. Barrie Colts overage forward Evan Vierling registered three goal and four helpers (3-4-7) over two games. 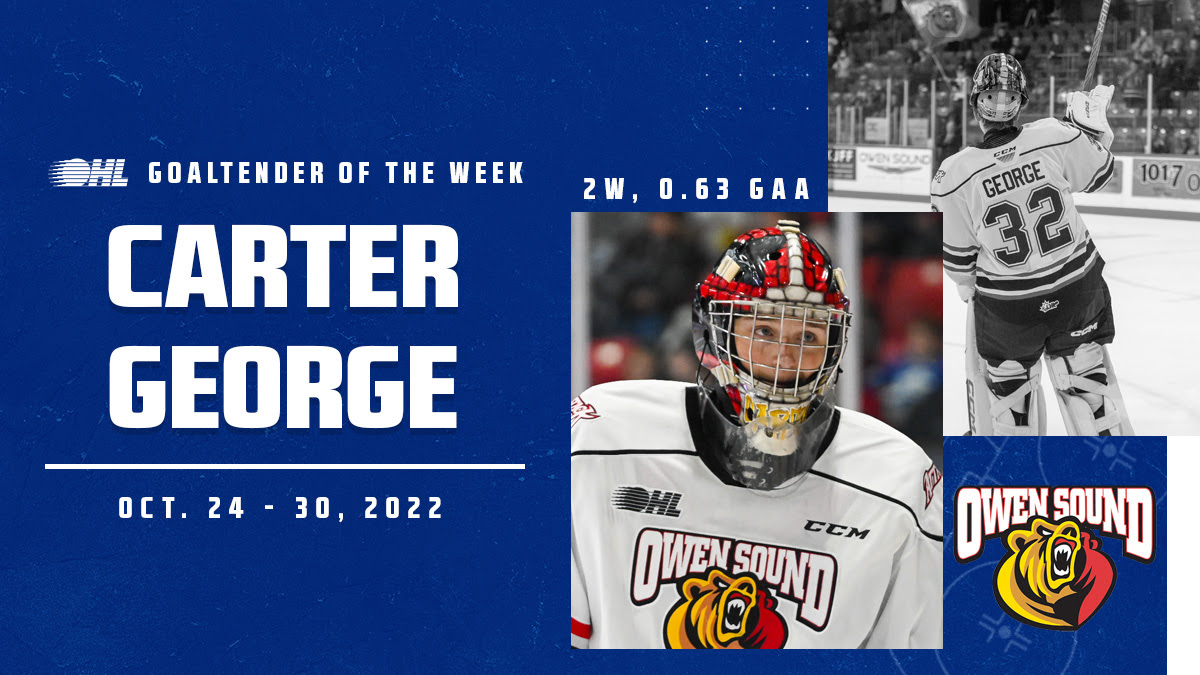 Rookie netminder Carter George of the Owen Sound Attack is the OHL Goaltender of the Week with two victories, a 0.63 goals-against average and a .976 save percentage.

Trailing 5-1 in Barrie on Thursday, George entered the game for his OHL debut midway through the second period and proceeded to stop all 14 shots he faced before turning aside all eight in the shootout as the Bears came back to win by a score of 6-5. George returned to the crease on Sunday, earning first star honours with 27 saves in a 4-1 win over the Kingston Frontenacs at the Bayshore.

A 16-year-old from Thunder Bay, Ont., George was selected in the third round (53rd overall) by the Attack in the 2022 OHL Priority Selection from the Thunder Bay Kings U16 program. He started the season with the St. Marys Lincolns of the GOJHL, going 2-1-1 with a 2.88 goals-against average and .902 save percentage in five games.